In June 1923, the Gospel Herald carried an unusual advertisement:

Young men. .. who are seeking to serve the Lord are cordially invited to attend a meeting… on June 29th to discuss a proposal to organise a Weekly Saturday Afternoon Cycle Run for the purpose of holding Open-air Meetings and tract distribution in the villages around London.

At that June meeting the SBOAM was formed, and the evangelistic cycle runs began. Among the early committee members, Will Sinclair, Sydney Cornell, Ernest Kevan, James Smith and J.K.Thorpe.

During the first full year 40 meetings were held, 200 addresses given, 8000 tracts distributed and 7000 homes visited. A hymn sheet for use at meetings was also produced. In 1925 the Essex Auxiliary reported that 20,000 tracts had been handed out, and 18,000 homes visited.

From 1927 each Annual Report carried a schedule of meetings for the following summer, with meetings arranged for most weekends from early April until mid October. Those attending met at 5 o’clock, for tract distribution. Tea was followed by a time of prayer, with the Open Air beginning at 7 o’clock. Then, the cycle ride home!

The early 1930s saw considerable growth and advance, reaching a peak in 1934 when 91 meetings were held. It was rarely possible to determine the amount of fruit resulting from these labours, but following an Easter Mission at a village in Buckinghamshire in that year, there were three baptisms. “It was a happy holiday”, says the report, “not devoid of hard work”.

In addition to the extensive evangelistic work, fraternal meetings were held during the winter months giving opportunity to discuss difficulties and problems involved in the work when addresses were given on topics relevant to open air work. The SBOAM was also a fruitful training ground for ministers and missionaries. The Report for 1947 gave the names of men, who had been called to pastoral work, “having proved the SBOAM to be an excellent training ground”.

In 1950 an old Morris van was purchased for £55. It was renovated and painted; electric lighting, bunks and loudspeakers were installed, and then, “on a misty Saturday afternoon in November. . . we gathered in the brightly lit van . . thanked God for all His goodness and then went out for a trial run”. The hope was that the new facility would open up fresh opportunities, possibly for week evening meetings. In 1956 the van was replaced by something rather more up-to-date.

But the Annual Reports were now showing a declining support and interest. When the evangelising cyclists from the Essex Auxiliary had arrived at Great Yeldham for a meeting in 1924, they found a crowd of over 100 had already gathered. As the years went by it became increasingly difficult to find any who were prepared to stand and listen. There was also a growing problem with noise. This difficulty, due to “prevailing traffic conditions,” was raised as early as 1931. In the post war years it was thought loudspeakers were the answer, but by 1963,

The increasing use of loudspeakers and other noise producing inventions has brought a noise consciousness which is again presenting us with a real problem, the answer to which is not yet clear.

A letter in The Christian’s Pathway in September 1966, written by M.M. Howell, the Mission’s President, lamented that the activities of the SBOAM had now ceased. “We can but hope”, wrote Pastor Howell, “that each Church may be awakened to its responsibility to do the work of outreach and thereby evangelise their own neighbourhood”.

One of the signatories of the 1923 advert was Will Sinclair from North Finchley. During the 43 years the SBOAM existed he served as Chairman, Secretary, Leader, and was the Treasurer when the work came to an end. He was gifted with a wonderful speaking voice. To hear him read Genesis five, with its repeated, “and he died”, was an unforgettable experience.

Compiled chiefly from SBOAM Annual Reports held in the Society’s Library. If you have any comments, personal recollections, or know of others who can bear testimony to the value of this work, we would be glad to hear from you. 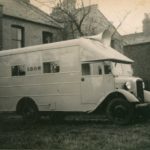 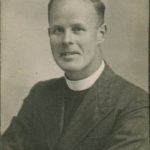 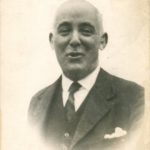 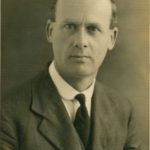 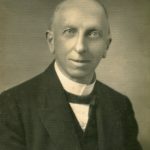 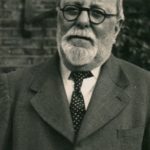 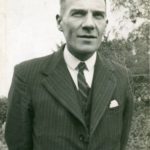 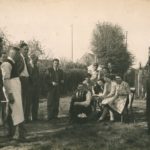 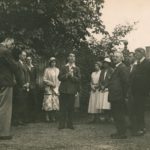 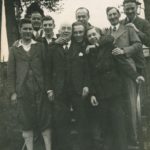 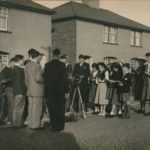 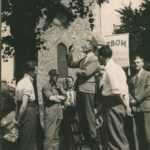 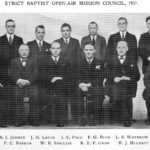